Perhaps you’ve read Virginia Woolf’s essay, “Phases of Fiction”? To be sure, it may be one of her lesser-known works, but Margaret West, Hogarth Press manager in the early 1930s outright denied its existence in a 1934 letter, three years after the essay’s initial publication in the American periodical The Bookman. West responded to a request from the Macmillan Company of Canada to excerpt from the essay: “A book under that title was originally announced but was, in fact, never published. Instead Mrs Woolf wrote a book entitled A Room of One’s Own and it may be that the extract you have in mind appears in that volume.” Was West simply unfamiliar with “Phases of Fiction”? She had, after all, only joined The Hogarth Press one year prior. Or did Macmillan mean to ask after A Room of One’s Own, as West suggests? If there are answers to these questions, they are not amongst the other documents I worked with during my summer internship with MAPP.

When I started my research assistantship, I knew I’d be unfamiliar with some of the people and publications mentioned in The Hogarth Press’ correspondence. Since I was more familiar with The Hogarth Press’ publications than the production processes behind them, it was easy for me to imagine straight lines between conception and production—or at least that those paths would be clear to The Hogarth Press’ employees, even if they weren’t to me. But I didn’t expect these documents’ authors might also reveal their own confusions, misunderstandings, or errors. Turns out I wasn’t alone in my occasional confusion about goings-on in these historical correspondences!

In retrospect, this sort of mix-up seems understandable for a press that published as much as The Hogarth Press. The more I looked through the archives, the more I saw that the very style of correspondence was sometimes cause for my confusion (and for some recipients too). The language felt at times strange to me as someone who has grown up on the west coast of the United States and now attends college there. Was it because the correspondence was especially English sounding, or was it simply the norm for business writing of the time, or some combination of both? I also noticed that so much of the language in the letters I worked with was standardized in ways that, at least to a contemporary American reader, sounded sometimes misplaced, overly generalized, or anachronistic—from the ubiquitous “Dear Sirs” printed across a company’s stationary in bright red letters (to address a company founded by a man and a woman) to what struck me as overly polite but indirect or presumptive requests. For example, in 1929 The Hogarth Press writes a letter to R. & R. Clark referring to copies of A Room of One’s Own that they “shall be glad if [R. & R. Clark] will increase the order sent [them] yesterday from 2,000 to 3,000” without ever explicitly asking them to do so but assuming the printers will comply.

In another letter, written by Leonard Woolf to G. S. Dutt, author of A Woman of India, I was confused by Woolf’s tone, which seems predicated on some event or feeling he does not directly explain (unless of course there are missing letters in this correspondence which might give more backstory): “I am prepared to waive all our rights under the agreement with regard to translations into the Indian vernaculars.” But I was not the only confused reader; Dutt himself takes umbrage at Woolf’s words, specifically calling out Woolf’s “prepared to” phrasing and Woolf himself for what Dutt believes to be a violation of their original contract. Woolf takes this confrontation poorly, and condescendingly returns:

I am sorry you think me so shifty a customer. When I said I “was prepared” to waive my claims to any translation rights in the Indian vernaculars, I thought I was using a common English expression meaning that in this I as acceding to a request from you. When I say that I am prepared to do a thing, I mean that I will do it. Consequently I am also prepared to give you a categorical assurance that I will not break my word in this matter. I am even prepared, if you wish it, to sign my name over a sixpenny stamp or swear an affidavit before a Commissioner of Oaths to the same effect.

Unlike the mystery of the “Phases of Fiction” excerpt, we see more of how this point of confusion plays out. Instead of recognizing the ambiguity of his own phrasing or considering how it might be received by a non-native English speaker, Woolf lashes out against Dutt. But after reading through hundreds of letters this summer—leaving me very familiar with the caustic side of Leonard Woolf—this letter is one of the many instances the past came alive in these papers, bringing back century-old feelings of conflict and frustration.

The letters I’ve mentioned here don’t record strokes of genius. They’re not glamorous. If anything, they show flashes of when The Hogarth Press wasn’t working at its smoothest. That’s what makes them stand out against the more mechanical, day-to-day correspondence and orders. As I began my summer work summer, I had expected that some things wouldn’t make sense to me about this world of a hundred years ago. But MAPP has taught me human communications can be fraught, and in the day-to-day running of any business, miscommunication and misunderstanding are always possible, then or now.

copyright of the photograph  on the dust jacket belongs to the family estate of G. S. Dutt 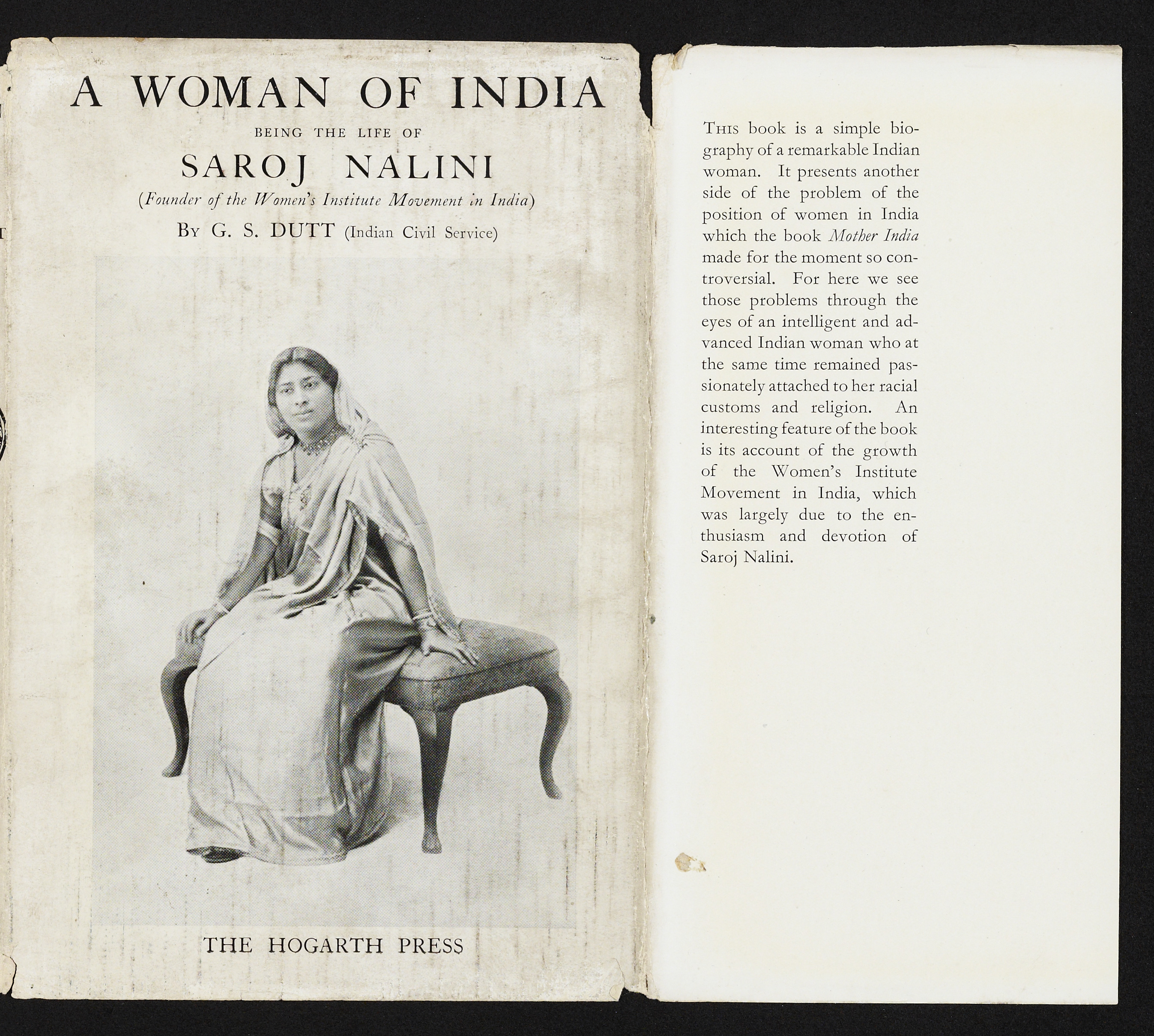