The Other Side of the Medal 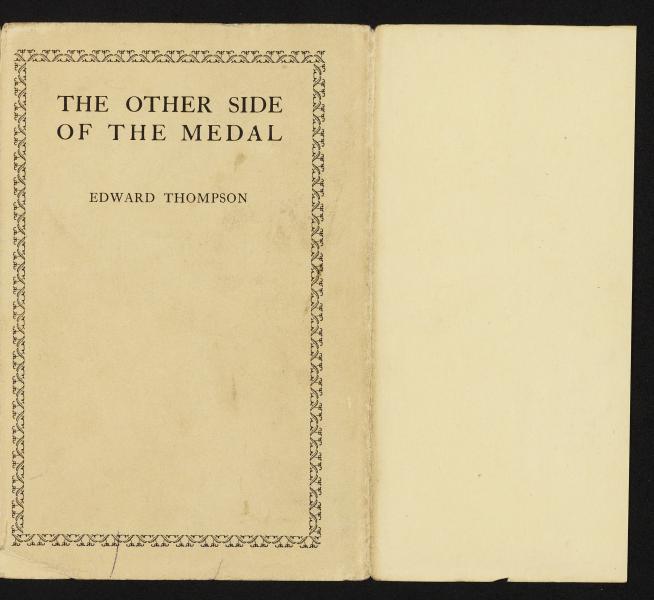 dust jacket of "The Other Side of the Medal"

The Other Side of the Medal

An example of a "mutiny memoir" of which there are apparently a great many in Indian literature of the 1920s. Designed to critique imperial rule of India, the book was suppressed at other publishers because it was likely to cause offence: "'This book has been long suppressed. To friends who urged that its publication would stir up bitter feelings, I point out that the deeds of which it speaks were done, and men's minds securely hold the smouldering memory. Other friends, among them some of the names most honoured in contemporary literature, have urged that the risk be taken. 'Truth has an eternal title to our confession, though we are sure to be sufferers by it.' The book sets out matters that no Indian could, or perhaps should, set out, and I believe that it will change the attitude of every Englishman who reads it to the end. If that belief is justified, then I have no choice but to trust to the magnanimity of my own people, and to the magnanimity of that other people, in friendship with whom I have found so much happiness.' (5)