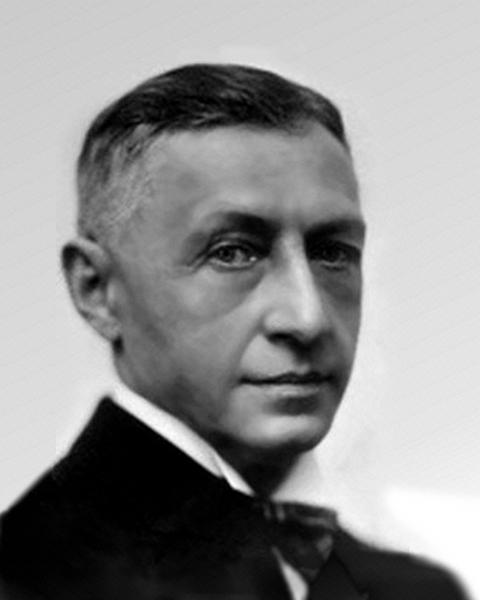 The Bunin family lived in Voronezh until 1874 before moving to the family estate in Butyriki in the Oryol province of central Russia when Ivan was four years old. He lived here and was tutored by amateur artist and musician Nikolai Romashkov until August 1881 when he started school. Ivan was not a disciplined student: he had to repeat his third year due to his failure in mathematics and was permanently expelled in March 1886 for poor attendance. Bunin continued his education under the teaching of his brother, Yuli, in the Bunin country home in Yelets.

Bunin was fifteen when he began writing poetry and from 1886-87 he wrote his first novel, Uvlechenie [Attraction], which remains unpublished. When he was eighteen Ivan travelled to Khar'kov, Ukraine, where his brother was living. During his time in Khar’kov he read and wrote abundantly until his return to Oryol. Throughout 1887 and 1888 Bunin’s poetry was published in a number of periodicals and newspapers in St Petersburg. In the autumn of 1889 he began working for a regional newspaper called Orlovskii vestnik [The Oryol Herald] which issued his first collection of poetry (written between 1887 and 1891) and printed a number of his short stories. In 1892 Bunin moved to Poltava where he wrote abundantly and began working in the town archives and wrote for various newspapers and magazines. 1892 saw the publication of one of his early stories ‘Tan’ka’ in which an aristocrat, having lost his wife and child, adopts a young peasant girl. Between 1892 and 1894 more of Bunin’s poems and short stories were published. He was quickly establishing a literary reputation and in 1895 Bunin left Poltava to pursue freelance writing in St. Petersburg and Moscow. In St. Petersburg he published a collection of short stories called Na krai sveta [To the End of the World] in 1896 and in 1898 he published a collection of poems call Pod otkrytym nebom [Under the Open Sky].

In 1901 the Symbolist publishing house Skorpion printed Bunin’s collection of poems Listopad [The Fall of the Leaves]. This publication, along with Bunin’s translation of Henry Wadsworth Longfellow’s Song of Hiawatha (1896), won him the Pushkin Prize in 1903. A second Pushkin Prize was awarded to Bunin in 1909 for his translations of Byron and Tennyson and for his own collections of poetry dating from 1903-7.

Bunin’s first lengthy prose work was published in 1910, entitled Derevnia [The Village]. It offers a bleak portrayal of the poverty and brutality of rural Russian life set during the first Russian Revolution in 1904-5. It depicts an alienated rural village caught in increasing social and economic deterioration and reveals Tolstoy’s influence on Bunin with the critique of greed and economic materialism. His next prose work was the semi-autobiographical Sukholdol [Dry Valley] whichwas published inMoscow in 1912 and shares themes of cultural poverty and rural life with The Village. Dry Valley and The Village form part of Bunin’s rural prose works which connects them to a number of stories written between 1908 and 1914: “The Devil’s a Beggar” in 1908; “A Night Conversation” in 1911; and A Spring Eveningin 1913 to name a few.

Between Between the years of 1900 and 1916 Bunin travelled around Russia and Europe. While in Capri he began his most famous work, The Gentleman of San Francisco, which was published in 1915. This short story extends the Tolstoyan influence seen in The Village in the disapproval of the gluttony of the West and the reality of death. The plot of The Gentleman of San Francisco centres on a wealthy American factory owner and his family on a cruise from the United States to Europe. The nameless Gentleman suffers a heart attack and dies in Capri. The story The Gentleman from San Francisco was published in Russia in 1915 and in England by The Hogarth Press in 1922, translated by D.H. Lawrence and S.S Koteliansky. The Hogarth Press edition was entitled The Gentleman from San Francisco and Other Stories and included Bunin’s short stories “Gentle Breathing”, “Kasimir Stanislavovitch”, and “Son”. In June 1921 Koteliansky wrote to Lawrence asking if he would help him with the translation of “The Gentleman from San Francisco”. Lawrence agreed and was happy with the resulting translation, asking Koteliansky to collaborate with him in translating some of Bunin’s other stories. However, by this time Koteliansy was already working with Leonard Woolf on the translation of the other stories included in the volume. This title sold well for The Hogarth Press and subsequently Virginia and Leonard Woolf published The Well of Days, an autobiographical novel translated by G. Struve and Hamish Miles in 1933, and Grammar of Love, translated by John Cournos in 1935.

In 1917 Bunin witnessed the revolutions in Russia and became staunchly anti-Bolshevik. He emigrated to Paris in 1920 and wrote some of his most famous works there. These include Mitina Liubov [Mitia’s Love], a story of intense love culminating in suicide, and The Life of Arsen’ev, a semi-autobiographical novel looking back at the narrator’s childhood in pre-revolutionary Russia. Bunin’s last complete book, Memoirs, published just one year before his death in 1953, is a recollection of the years 1927-1950 in Paris. Throughout his literary career Ivan Bunin wrote in the classical realist mode and made a distinctive contribution to the novella genre. From 1950 onwards he began to suffer frequent incidents of pneumonia and bronchitis and died on November 8th 1953, aged eighty three.

A Russian Jew of Bloomsbury: The Life and Times of Samuel Koteliansky (McGill-Queen’s University Press: Montreal, 2011), by Galya Diment.

“The Art of Ivan Ivan Bunin”, Renato Poggioli, in The Phoenix and the Spider (Harvard University Press: Massachusetts, 1957), pages 131-57.

"Writing the Road to the Russian Emigré Identity: Bunin's Zizn' Arsen'eva." In Essays in Poetics, vol. 27 by Stephen Hutching, pages 89-138.

The Works of Ivan Bunin (Mouton: The Hague, 1971) by Serge Kryzytski.

The Narratology of the Autobiography: An Analysis of the Literary Devices Employed in Ivan Bunin’s “The Life of Arsen’ev” (Peter Lang Publishing Inc: New York, 1997), by Alexander F. Zweers.

The Leeds Russian Archive was established in 1982,  a collection of documents relating to Russian history, literature and culture in the 19th and 20th Century. The Bunin archive is a sub-collection within the Leeds Russian Archive. The papers that constitute the Bunin archive were donated by Dr M E Greene to the University of Leeds between 1983 and 1991. The University of Leeds holds Bunin’s ‘Paris Archive’; papers created between the writer’s emigration from Russia in 1920 to his death in Paris in 1953. It features literary manuscripts, typescripts and publications, notes, personal documents, correspondence, and printed material about Bunin. The archive has a small amount of material dating from before 1920, including parts of certain literary manuscripts, newspaper cuttings and personal documents. It also has some posthumous publications of works by and about Bunin, as well as photocopies of certain materials, of which the originals were sold or given to other institutions or individuals by Bunin and his heirs. A catalogue of the Leeds Russian Archive can be found here http://library.leeds.ac.uk/multimedia/imu/6165/BuninCatalogue2012.pdf

There is also an archive of the Bunin family papers held at Hoover Institution Archives at Stanford University, California.

The Elaghin Affair and Other Stories, translated by Bernard G. Guerney, New York, 1935.

Dark Avenues and Other Stories, translated by Richard Hare, London, 1935.

Long Ago, translated by David Richards and Sophie Lund, London, Angel, 1984; reprinted as The Gentleman from San Francisco and Other Stories, Penguin, 1987.

Zhizn’ Arsen’eva [The Life of Arsen’ev ], Paris, 1939; translated in part as The Well of Days, by Gleb Struve and Hamish Miles, London, Leonard and Virginia Woolf, 1933

The Gentleman from San Francisco and other stories

The Well of Days Grammar of Love
Previous Pause Next