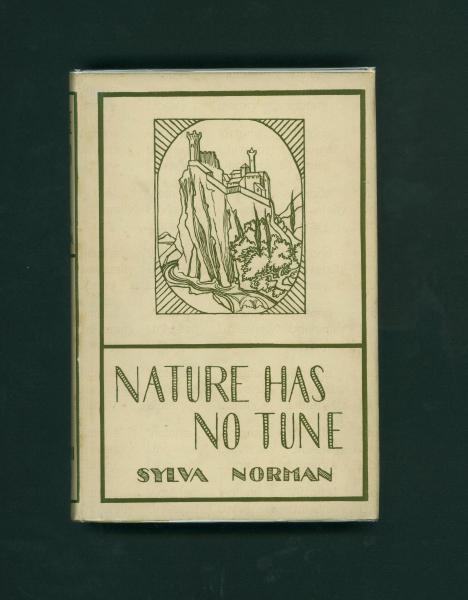 dust jacket of "Nature Has No Tune"

Best known for work on Shelley. Married Edmund Blunden in 1933 (after her HP book published, 1929), divorced 1945 (no children).
"In 1932 [Blunden] succumbed to the advances of a reviewer on The Nation: Sylva Norman. The relationship that followed was founded in a shared love of literature. His divorce with Mary had only been finalised the year before, he was still supporting Aki Hayashi, and also his sister in law Annie in Hawstead. Despite all this, at the age of 35, he married Sylva on 5th July 1933. Once married they moved into a flat in Woodstock Rd, Oxford, next door to the novelist Graham Greene. Despite the literary work they enjoyed together, the marriage did not survive. By the autumn of 1939, with Sylva stationed away from Oxford having joined the army, Edmund became aware of the attentions of one of his students: Claire Poynting. " (See: edmundblunden.org).
Norman co-authored with Blunden: We'll Shift Our Ground: or Two on A Tour, Almost a Novel. published by Cobden Sanderson, 1933. Woolf tried to set up Norman with Julian Bell (see letters). See Sumie Okada, Edmund Blunden and Japan for more on Norman.
Obituary in Sophia Wadia The Aryan Path 1971, vol 42, p. 313.
Letter to LW from Norman and Blunden, in Oldfield's Afterwords, 114. 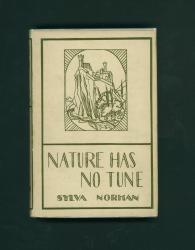 Nature Has No Tune