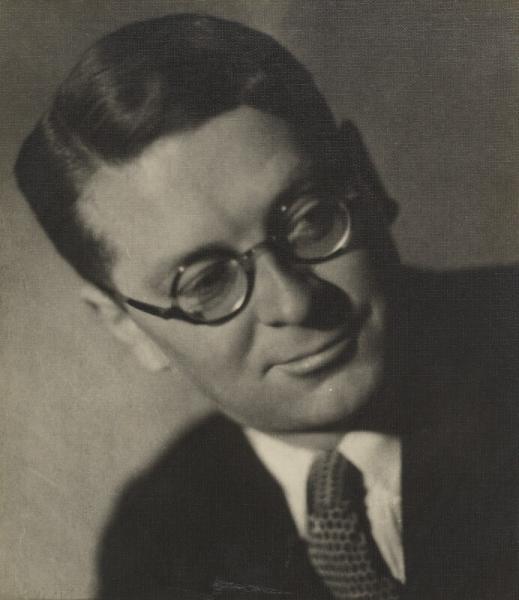 Born to English parents in Pietersburg, South Africa on 10 December 1903, William Plomer would find early success with his novel Turbott Wolfe, published by the Hogarth Press in February 1926. Before his death in 1973, Plomer would write four more novels, numerous collections of short stories and poems, three autobiographies, biographies of Cecil Rhodes and Ali Pasha, four opera libretti with music by Benjamin Britten, a children’s book, and dozens of essays.

Plomer’s father was a colonial civil servant who had come to South Africa at age 19, and during Plomer’s youth, the family moved back and forth between England and South Africa many times. His father left the civil service and took over a trading station in the Zululand region; Plomer joined him, and there wrote Turbott Wolfe. In June 1924, Plomer wrote to Leonard Woolf asking if he could submit the manuscript of the novel he was working on to the Hogarth Press, saying, “From a distance I have followed your activities with interest and sympathy, because I suspect that you are nearer the heart of things than any other publishers in London” (qtd. in Alexander 84). Woolf replied that he would be happy to see the manuscript, Plomer submitted it that December, and Woolf wrote in April to accept the novel for publication. When it was released in early 1926, it was the eighth novel published by the Press (Willis 129). It received enthusiastic reviews in both England and the United States, but the reaction in South Africa was less positive, with one major review headlined “A NASTY BOOK ON A NASTY SUBJECT” (Alexander 96). Robin Hallett notes that “The narrator of the novel fell, though only platonically, in love with a Zulu girl; an Afrikaner woman married a Zulu man; African characters were shown as beautiful and dignified, while many of the Europeans were depicted as the vicious specimens of an ‘obscene’ civilization. …Plomer’s novel was – quite rightly – regarded as a deeply subversive book” (32).

By the time Turbott Wolfe was published, Plomer had become friends with various South African writers, including Roy Campbell, with whom he founded the literary magazine Voorslag, producing three issues before its primary funder grew so upset by its politics that Campbell and Plomer were forced out (the journal continued for another year without them, then ended). In September 1926, Plomer left South Africa, never to return. He and Laurens van der Post, a journalist and friend who had written for Voorslag, traveled to Japan, which would provide the inspiration for his next novel, Sado, published by the Hogarth Press in 1931. While living in Japan, Plomer fell in love with a college student he tutored, Morito Fukuzawa, who became the model for the title character.

In 1929, Plomer made a trek from Japan through Korea, China, the Soviet Union, Poland, Germany, and Belgium to England, where he quickly became friends with London’s literary figures, including the Woolfs, E.M. Forster, Stephen Spender, W.H. Auden, Christopher Isherwood, J.R. Ackerley, and John Lehmann. Between Turbott Wolfe and Sado, the Hogarth Press published collections of poetry and short stories by Plomer, and in 1932 his third novel, The Case Is Altered. Its story of a murder at a rooming house garnered much public attention, and even before it was published, it became only the second Hogarth book (after Vita Sackville-West’s The Edwardians) to be chosen as a selection of the Book Society, leading Plomer to join Sackville-West as one of the Press’s bestselling writers of the 1930s (Willis 204; Wilson 248-250).

Now a more prominent writer, Plomer published his next work of fiction, the story collection The Child of Queen Victoria, with Jonathan Cape, providing him with the resources of a larger press. Cape’s reader and literary advisor, Edward Garnett, wrote in his report that “Plomer is certainly about the most original and keenest mind of the younger generation” (Alexander 192). Cape went on to publish the majority of Plomer’s subsequent books. Though Leonard Woolf was disappointed to lose Plomer, the Woolfs and Plomer remained friendly, and in 1940 Plomer returned to the Hogarth Press with his Selected Poems.

Plomer’s first novel with Cape, and his last novel for nearly twenty years, was The Invaders, a story of class conflicts and homosexuality, though the presentation of the latter was so quiet that one of the directors of Jonathan Cape, Rupert Hart-Davis, complained of the protagonist in one scene, “You don’t say, and hardly even infer, whether they went to bed together or not,” but Plomer refused to be more explicit (Alexander 194). When the novel was published, E.M. Forster wrote a letter to Plomer criticizing the ambiguity, which he admitted he felt was a failure in his own work, too: “Some fallacy, not a serious one, has seduced us both, some confusion between the dish and the dinner” (Forster 125).

In 1937, Plomer succeeded Edward Garnett as chief reader and literary advisor for Jonathan Cape, a position he would hold until 1940, returning in 1946 to work part-time until his death. For Cape, he recommended publishing Derek Walcott’s first book, In a Green Night: Poems 1948-1960, and, most famously, advised rejecting Malcolm Lowry’s Under the Volcano. His reader’s report on Lowry’s novel caused Lowry to write a 15,000-word letter in the book’s defense. Cape disregarded Plomer and published the novel.

In 1926, a teenage Ian Fleming wrote to Plomer with praise of Turbott Wolfe, and when Plomer arrived in England, he and Fleming eventually met and became friends. At lunch in May 1952, Fleming shyly revealed that he had written a thriller, which he let Plomer read. Plomer enjoyed it and thought it would sell well; he and another reader worked to convince editors and a skeptical Jonathan Cape himself to publish the first James Bond novel, Casino Royale, which they did. Cape himself reportedly “never read another of Fleming’s books”, but “he published them all, and their unparalleled success made a great deal of money for both Cape and Fleming” (Alexander 287). Fleming’s seventh Bond novel, Goldfinger, is dedicated “To my gentle reader, William Plomer”.

Late in life, Plomer was asked to collaborate with the artist Alan Aldridge on a book of children’s verse, and the two created The Butterfly Ball and the Grasshopper’s Feast, which sold well and went on to win the 1973 Whitbread Award. The award was posthumous, however, for heart problems led to Plomer’s death on 20 September 1973. He died in the arms of his companion of almost thirty years, Charles Erdmann.

While The Case Is Altered is the novel that first provided Plomer with financial success, it is Turbott Wolfe that has most held the attention of later generations, particularly through its championing by Nadine Gordimer, who often spoke of the book, and provided an introduction for recent editions.

Archives of Jonathan Cape, Ltd. U of Reading. https://www.reading.ac.uk/special-collections/collections/sc-cape.aspx

Hallett, Robin. “The Importance of ‘Voorslag’: Roy Campbell, William Plomer, and the Development of South African Literature.” Theoria: A Journal of Social and Political Theory, no. 50, 1978, pp. 29–39.

MacKay, Neilson. “The Many Masks of William Plomer.” The New Criterion, Nov. 2016. https://www.newcriterion.com/issues/2016/11/the-many-masks-of-william-plomer

Young, John K. “William Plomer, Transnational Modernism and the Hogarth Press.” Leonard and Virginia Woolf, the Hogarth Press and the Networks of Modernism, edited by Helen Southworth, Edinburgh UP, 2010, pp. 128–149.

The Butterfly Ball and the Grasshopper’s Feast. Illustrated by Alan Aldridge. Jonathan Cape, 1973.

The Dorking Thigh and Other Satires. Jonathan Cape, 1945.

The Planes of Bedford Square. The Bookbang, 1971. 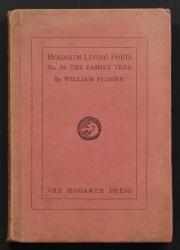 I Speak of Africa

The Case is Altered

The Fivefold Screen
Previous Pause Next 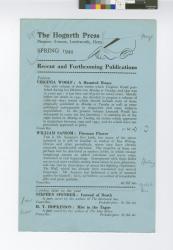