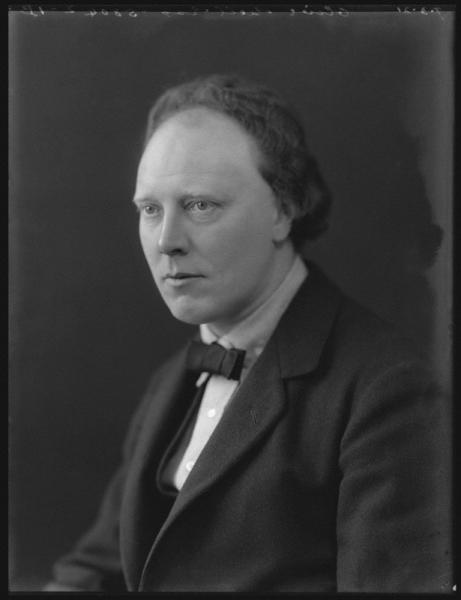 made available with a Attribution-NonCommercial-NoDerivs 3.0 Unported (CC BY-NC-ND 3.0) licence  https://creativecommons.org/licenses/by-nc-nd/3.0/legalcode

Clive Bell was born in East Shefford, Berkshire on 16th September 1881. His parents were William Heward Bell and Hannah Taylor Cory. They had three other children: Cory and Lorna (elder) and Dorothy (younger). The Bells had made a large amount of money from the coal mining industry and were incredibly keen on hunting and sport. Bell was raised at Cleeve House in Wiltshire, a notoriously grotesque Regency villa rebuilt as a mock-gothic mansion which “offended Vanessa on every level” (Bell 48). He attributed his keen eye for beauty and passion for art to the ugliness of the mansion (Beechey).

Having been educated at Marlborough College, Bell continued on to Trinity College, Cambridge, wherein he met his contemporaries: Saxon Sydney-Turner and Lytton Strachey. He also met his future brothers-in-law, Thoby Stephen and Leonard Woolf. These young men created a reading group at Cambridge and it was here that the foundations of the Bloomsbury Group and lifelong friendships, were established. Bell was awarded an Earl of Derby studentship in 1902 and travelled to Paris in 1904 to carry out historical research. An undying love for French art and literature blossomed during his time in France. Bell indulged in café culture and was friends with many of the great contemporary French painters, including Picasso and Matisse.

Bell returned to London and became a figurehead in the group of friends who would frequently meet at 46 Gordon Square, Bloomsbury; the house shared by the children of Leslie Stephen. Two days after the death of close friend Thoby Stephen, Bell became affianced with Stephen’s older sister, Vanessa on 22nd November 1906. The engagement came as no surprise to their friends, as Bell had already been twice rejected by her. It was suspected among members of the Bloomsbury group that their commitment was a byproduct of mutual desperation and misery over their sad and premature loss. “I am too weary to mind the mockery of it all” (Woolf 123) wrote Leonard Woolf to Lytton Strachey. The couple married 7th February 1907 and had their first child, Julian, within the year. The couple lived at 46 Gordon Square and were close neighbours of Adrian Stephen, the Strachey family and Maynard Keynes.

It was the birth of their eldest son which is believed, by Angelica Garnett, to have been the catalyst of Clive Bell and Virginia Woolf’s deviant flirtation. During this time he also became her literary confidant: he would revised and edited several of her manuscripts between 1908 and 1909. A letter from Virginia Woolf to Vita Sackville-West reads, “Oh and does it strike you that one’s friendships are long conversations, perpetually broken off, but always about the same thing with the same person? With Lytton [Strachey] I talk about reading; with Clive about love (Rosenbaum 63). The couple’s marriage began to weaken following the birth of their second son, Quentin, as Bell became withdrawn. Bell was remarkably supportive of her extramarital relationship with David Grant, who he admired as an artist, and he raised their daughter, Angelica, as his own. She was given the name Bell and was not told of her true parentage until she was seventeen. Although the couple maintained a flimsy façade of fidelity (transparent to their friends), mostly for the sake of Clive’s parents, Clive, too, indulged in a string of affairs. He had notable relationships with Mary Hutchinson, née Barnesand, and Barbara Bagenal, his companion and eventual carer in the 1940s. The Bells’ eldest son Julian was killed in the Spanish Civil War. Their other children, Quentin and Angelica, have written biographically about their parents and the Bloomsbury group.

Bell was a strong Tory (contrasting with Vanessa’s Labour preference) as well as a devout pacifist. Along with Duncan Grant, Bell conscientiously objected from the First World War and carried out agricultural work at Garington in Oxfordshire, home of Philip and Lady Ottoline Morrell. He ricocheted between Paris and England during the interwar period and began to write political pamphlets. He argued for a settlement with Germany in his pamphlet Peace at Once (1915), which landed him in court and was seized and destroyed by orders of the Lord Mayor of London. Equally polemic were his pamphlet War Mongers (1939) and his essay On British Freedom (1923) in which he attacked the state’s attitudes toward prohibition, censorship and sexuality.

Bell was an accomplished writer beyond his success as a pamphleteer. In spite of his quasi-affair with Virginia, Bell and ‘the Woolves’ maintained a professional relationship with regard to the Hogarth Press. His Poems were printed by Hogarth in 1921, which consisted of thirteen poems from his previously, privately published Ad Familiares (1917) with four new poems and an introduction. Two years later, Hogarth published his Legend of Monte della Sibella, subtitled Le paradis de la Reine Sibille (1923), which was printed on heavy stock, watermarked paper with two woodcuts each from Duncan Grant and Vanessa Bell and a dust jacket designed by Vanessa. This, however, took six years to make a profit and was overshadowed by the simultaneous publication of T. S. Eliot’s The Waste Land. Hogarth then produced his critical work Proust (1928), which was the first ever work on the author written in English. Bell was one of the first “Type A” subscribers to the Hogarth Press—one who would deposit £1 and receive all of their publications. Bell also published work with other presses. His publication Art (London: Chatto & Windus, 1914) is commonly regarded as the most influential formalist theory to date. He then expanded upon his political ideals in Civilization (New York: Harcourt, Brace & Co., 1928), in which he expressed the dominance of spirituality over materiality. The tone of this work was markedly light for such a serious topic, which lead to heavy criticism (Shone). He also wrote for Vogue while he was with his dressmaker’s mistress, Mary.

Bell was hailed as a glamourous, encouraging and generous host. Although he did not quite match the literary success of many of his contemporaries, Bell was an established writer, theorist, art critic and pamphleteer and was always encouraging of the success and capabilities of his friends. He died of cancer on 17th September 1964 at Fitzroy House Nursing Home, London, and was cremated four days later at the West London crematorium.

BBC Written Archives Centre:
Correspondence between Clive Bell and members of staff of the BBC

University of Bristol:
Correspondence of, or relating to, Clive Bell in the Hamish Hamilton editorial files
Editorial correspondence file relating to the publication of ‘Civilization’

British Library, Department of Manuscripts:
How pleasant to know Mr Eliot (biographical essay)
Letters from Clive Bell in the correspondence files of Lytton and James Strachey

University of Reading:
File of correspondence relating to works by Clive Bell

University of Sussex:
Letters, postcards and poems from Clive Bell to Virginia Woolf
Correspondence of Clive Bell
Letters to Leonard Woolf concerning the 1923 controversy about articles in ‘The New Statesman’ and ‘The Nation’, from Clive Bell, Raymond Mortimer and Desmond MacCarthy

Trinity College:
Love and Liberty, a farcical comedy in three acts
Essays on politics, literature and the arts
The Wedding (short story)
Notes on critical writings on Henry James, Fauget, Bourget and Flaubert
An incident in the life of the Hon. Anstruther Rickmansworth MP (short story)
Writings on French and other art, with some biographical and critical essays and some poems

Rosenbaum, S.P. The Bloomsbury Group: A Collection of Memoirs and Commentary. University of Toronto Press, 1995.