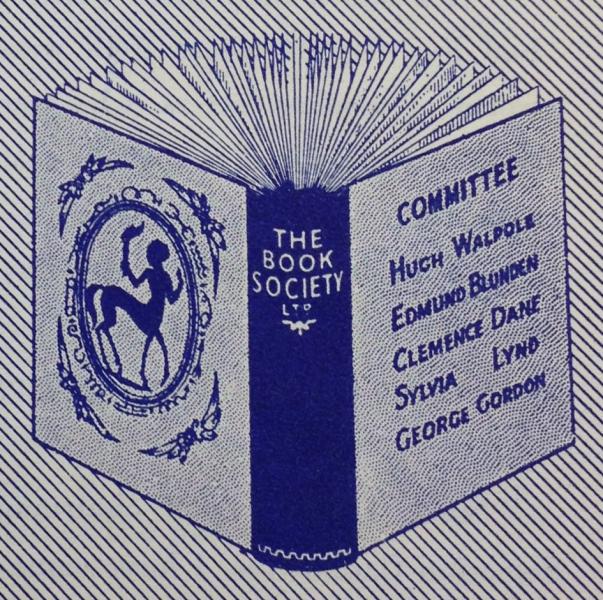 The Book Society was the first book subscription club in Britain, modelled on the American Book-of-the-Month Club. Set up at the end of 1928 and launched in April 1929, by the 1930s it had over 10,000 members.

It was a major distributor of new books by mail through the 1930s, 40s, and 50s, distributing worldwide.

The Book Society received huge discounts from publishers in return for initial orders of 9000+ copies for a Book Society Choice. Guaranteed first edition sales of this scale enabled some publishers to reduce the net price of first editions if they were able to have a work chosen.

The judges read books in proof form, before publication, and before WW2, a Book Society Choice was part of the publisher's ordinary first editoin.