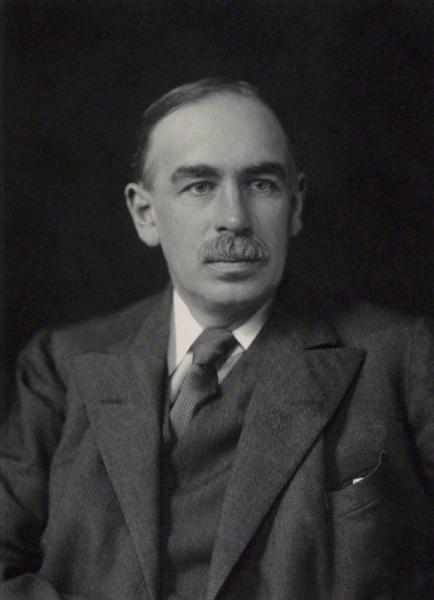 John Maynard Keynes (‘Maynard’) was an economist, investor, administrator and policymaker, famous for his innovations in economic theory, and for his work at Britain’s finance ministry, H.M. Treasury, where he helped to fund two world wars and to negotiate two peaces. With interests in philosophy, literature, painting and dance (and with a collection of paintings and rare books), he used his significant wealth as an investor to be a patron of his artistic Bloomsbury friends, organizing and funding their careers, funding a ballet company in which his wife Lydia Lopokova danced, and building a theatre. His prolific, opinionated journalism and his economic texts were written with clarity and panache, and with allusions to philosophy and literature. He was in some ways a reluctant economist (and capitalist), and an unusually quotable one. He believed that Bloomsbury exemplified the civilization which Britain fought for twice, and that capitalism was a very flawed mechanism for funding the kind of experiences he sought among his cultured friends.

He was born into the upper-middle-class intelligentsia of Cambridge. His father had been an economist before becoming a senior administrator in Cambridge University. His mother was very active in social work and women’s rights, becoming the first female councillor in Cambridge and later its Mayor. Keynes was educated at Eton College and then King’s College, Cambridge, where he graduated with a B.A. in Mathematics. Here he joined an exclusive discussion society, The Apostles, at that time under the influence of the philosopher G. E. Moore. In this society he met Lytton Strachey, Leonard Woolf, and E. M. Forster who would later, along with Virginia and Vanessa Stephen and others, become known as the Bloomsbury group. He began taking tutorials in economics with Alfred Marshall, the greatest British economist of the day. After Keynes graduated he sat the Civil Service exam, came second, and was assigned to the India Office (instead of the more prized Treasury). After two years he left, bored with officialdom, and returned to King’s College, Cambridge, where he taught economics for the rest of his life. Over time his teaching duties became lighter which allowed him to devote more time to his many other activities, including being a very successful Bursar of King’s College from 1919 until his death.

In his youth Keynes was entangled within Bloomsbury’s love affairs. He met the group through his lover the painter Duncan Grant in 1910 (having displaced Lytton Strachey as Grant’s lover). But Grant went on to have a relationship with Adrian Stephen and then a child, Angelica, with Vanessa Bell (Virginia Woolf’s brother and sister, respectively). Second only to Keynes’s relationship with Grant in seriousness was that with Sebastian Sprott, an Apostle and psychologist who translated Freud’s New Introductory Lectures on Psycho-Analysis for The Hogarth Press in 1933. Keynes’s relationships with men ended when he met the Russian ballet dancer Lydia Lopokova whom he married in 1925. Bloomsbury never really approved of her. Despite his generosity to them and his talents, these friends found much to criticize in Keynes – Virginia Woolf most vocally. She found him at times arrogant, materialistic, and pompous, although they were always on friendly terms and often arranged to meet. Keynes was closer to Vanessa, with whom he shared a taste for outrageous humour; he was Angelica Bell’s (later Garnett) godfather. Both sisters enjoyed criticizing Keynes’s meanness as a host. He was a great keeper of the Bloomsbury flame, taking over 46 Gordon Square in 1917 from the Bells – which Clive Bell called Bloomsbury’s ‘monument historique’ (Skidelsky 200) – and hosting many gatherings both there and in his country house in Sussex, Tilton. Tilton was only a short distance from the Woolfs’ Monk’s House and the Bells’ house in Charleston.

Keynes’s celebrity came earlier than Woolf’s with The Economic Consequences of the Peace (1919), just as Strachey was also finding fame with Eminent Victorians (1918). Keynes worked for most of the First World War in the Treasury, much to the disapproval of his pacifist Bloomsbury friends (though he helped some of them avoid conscription). After the war he was the Treasury’s representative at the Paris Peace Conference. He thought the economic sanctions proposed for Germany would damage the whole of Europe and lead to further conflict but he had no influence over the British Prime Minister David Lloyd George. Disgusted, especially with the punitive Treaty of Versailles, he resigned and quickly wrote his exposé, The Economic Consequences of the Peace, which became an international bestseller, and remains his most famous text. Much of this book was written and read aloud at Charleston. Woolf told a friend that The Economic Consequences of the Peace was ‘a book that influences the world without being in the least a work of art’ (Rosenbaum 85). But several years later she looked at a few pages of Keynes’s A Tract on Monetary Reform (1923) and compared his mind to Shakespeare’s, while observing how ‘gross & stout’ he had become (Lee 471). Woolf perhaps based the character of Rezia, wife of Septimus Warren Smith in Mrs Dalloway (1925), on Keynes’s wife Lydia (Skidelsky 323).

During the 1920s, Keynes and Woolf published each other. Most of Keynes’s texts were published by Macmillan but The Hogarth Press published three important essays of his as pamphlets. In The Economic Consequences of Mr Churchill (1925, originally three articles in the Evening Standard) Keynes attacked the decision of the Chancellor of the Exchequer, Winston Churchill, to return Britain’s currency to the gold standard since Keynes believed it would intensify the already high unemployment; Keynes had failed to dissuade Churchill from this policy at a meeting in 1925. In ‘A Short View of Russia’ (1925), written during Keynes’s honeymoon in Lydia’s native Russia, he described the ‘detestable’ things in ‘Red Russia’ but also tried to find ‘something good’, perhaps the beginnings of new ways to think about money which might save capitalism from its excessive ‘love of money’ (Keynes 1984: 258, 268-9). In ‘The End of Laissez-Faire’ (1926), Keynes charted a third way between Victorian laissez-faire and socialism by suggesting ‘possible improvements in the technique of modern capitalism by the agency of collective action’, since economics had been wrong to assume that ‘private and social interest always coincide’ (Keynes 1984: 292-3, 287-8).

For his part, Keynes published essays by Virginia Woolf (including the first version of ‘Mr Bennett and Mrs Brown’) in a journal which he ran and part-owned, The Nation & Athenaeum. He had acquired this with other political allies in the Liberal Party, partly as an outlet for his views, especially on the gold standard (Keynes was a lifelong Liberal who was close to H. H. Asquith until he transferred his support to Lloyd George in 1926). In 1930 The Nation merged with the New Statesman, which Keynes chaired until his death in 1946. Keynes employed Leonard Woolf as the literary editor of The Nation (1923-30). In its pages Bloomsbury culture mixed with Cambridge economics, alongside discussions of the new science of psychoanalysis. Freud was discussed at Keynes’s Political Economy Club in Cambridge. In his Treatise on Money (1930) Keynes implied that he endorsed the idea that Freud’s theory of the parsimony associated with the ‘anal stage’ of sexual development explained the nation’s attachment to the gold standard which he felt was holding back Britain’s economy, citing Freud, Ernest Jones, and Sandor Ferenczi, all Hogarth Press authors (Keynes 1930: 290). He chose to reproduce this section of the long Treatise in his more popular Essays in Persuasion (1931). Keynes’s consistent references to Freud, and his acknowledgment of him as having the ‘scientific imagination’ of a ‘genius’, lend credence to those commentators (such as Forrester & Cameron) who argue that Freud informed Keynes’s critique of capitalism, especially of the ‘love of money’ as a ‘morbidity’ (Keynes 1982: 392; Keynes 1984: 329). Such Victorian thrift was, Keynes thought, impoverishing everyone.

Woolf and Keynes’s most immediate experience of each other’s work came through their membership of The Memoir Club, a secret social club of around eleven ‘Bloomsberries’ modelled on The Apostles, who met to hear each other’s frank reminiscences; in this forum they were both writing in the same genre. Surviving records show that each greatly admired the other’s memoirs, though Keynes upset Woolf in 1921 by calling one memoir her best work. We know that Woolf spoke about her childhood, adolescence and early adulthood (her three surviving papers were collected in the posthumous Moments of Being (1976)). We know that Keynes described his undergraduate days at Cambridge among The Apostles and G.E. Moore (‘My Early Beliefs’ (delivered in 1938), and his role in the Paris Peace Conference (‘Dr Melchior: A Defeated Enemy’ (1920-1)). These two memoirs of Keynes were published for the first time posthumously in 1949 and added to Essays in Biography in 1972.

Keynes wrote prolifically in the 1920s and early ‘30s, much of it journalism, and much of it to try to persuade others of his solutions to high unemployment, which, at times, he feared might precipitate a revolution. These solutions included finding ways other than the gold standard to regulate the value of money, and increased public investment. Some of these texts were included in his anthology, Essays in Persuasion (1933). He also wrote vividly and skilfully about people. In 1920, hearing a Memoir Club paper delivered by Keynes, Woolf said she wished she had his gifts for characterization. Essays in Biography (1933) collected some of these biographical sketches which Keynes had written originally as obituaries or appreciations. Other outlets for his views were a series of opportunities to advise the government in various forms (including royal commissions, and committees) and his work advising the Liberal Party, especially its leader Lloyd George in the late ‘20s.

In the 1930s Keynes published his two most significant contributions to economic theory, both works of macroeconomics which challenged classical economics. A Treatise on Money (1930) described among other things how the high interest rates needed to maintain the gold standard (essentially a fixed exchange rate policy) were trapping Britain in high unemployment. Much more influential than this book was The General Theory of Employment, Interest and Money (1936) which laid some of the foundations of modern macroeconomics. Perhaps its most powerful idea was that employment could be increased by governments or consumers spending more and by companies investing more. Keynes argued that in normal conditions the inducements to spend and invest were too low to ensure full employment hence justifying government intervention.

Keynes was broadly a pacifist in the ‘thirties, though not to the extent of Virginia Woolf. Like Leonard Woolf, he came to think that war might be necessary. Woolf declared her pacifism most vocally in Three Guineas (1938), a work which Keynes thought silly. In one of many footnotes within this analysis of the economic consequences of patriarchy, Woolf implicitly and ironically criticized Keynes for praising an expensive book about the history of Clare College, Cambridge, one of many examples given by her of society’s willingness to divert resources to men’s education at the expense of women’s (Woolf 2015: 222-3).

During the Second World War, Keynes again worked in the Treasury, and again helped to finance the war, by borrowing from the Americans. Such work inevitably involved envisaging a post-war international financial settlement. In pursuit of this, he represented Britain at negotiations which culminated in the Bretton Woods agreements (1944), where his ideas were formative of the International Monetary Fund, the World Bank, and the European Bank for Reconstruction and Development.

Keynes died in 1946 from a heart attack, having suffered from heart problems from 1937 onwards.

The Economic Consequences of the Peace, Macmillan, 1971 [first published in 1919].

The General Theory of Employment, Interest and Money, Macmillan, 1973 [first published in 1936].

Most of Keynes’s papers are held by King’s College, Cambridge. 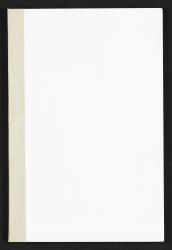 The Economic Consequences of Mr. Churchill 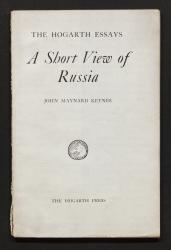 A Short View of Russia 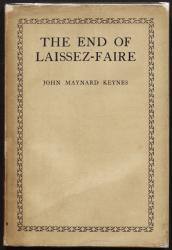 The End of Laissez-Faire